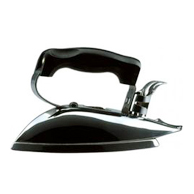 Streamline or Streamlining, in the field of industrial design, indicates a movement of design of US culture born in the 1920s.

The lines that characterize the Streamlining are originated from the studies that are developed on the Cx, the coefficient of aerodynamic resistance, starting from the twenties, also thanks to the invention of the wind tunnel. The Streamline therefore owes its name to the search for aerodynamic shapes. For many years the word "aerodynamic" is used in popular language as a synonym for "modern".

Streamlining is used for the first time in the early twentieth century to improve the performance, reducing the drag, of aircraft, locomotives, cars, at high speeds.

In the '30s many industrial designers apply streamlining, more than for functional reasons, to give objects more elegant and seductive shapes that can attract the consumer and encourage him to purchase.

After the economic crisis and the collapse of the Wall Street stock exchange, many American producers prefer to improve or redesign existing products on the market in order to make them look new.

Many designers use bakelite for the realization of their projects, a thermosetting plastic material very suitable for the molding of curved and tapered shapes.

In 1934 the Coldspot refrigerator was the first object to be commercialized more for its aesthetic appearance than for its performance. In the same year one of the most significant models of automobile history was produced: the Chrysler Airflow (ZSB), for which Chrysler built a company wind tunnel.