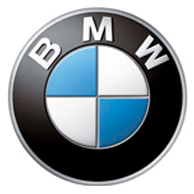 The BMW was born July 21, 1917 (Bayerische Motoren Werke GmbH). Thanks to the orders of the war, the small company grew rapidly. At the edge of the airport's military Oberwiesenfeld of Monaco, the company built a large factory, in proportion to the strong growth of production, where until 1918, producing engines for military aircraft.

The origins of the company depend on the production and aeronautical adventures of a technologically advanced engine, designed by Max Friz, developed and manufactured by the companies Daimler and Rapp Motorenwerke first and then by some authors as Josef Popp and Julius Auspitzer, co-founder and sole Rapp Motorenwerke shareholder.

The news created the interest of the Prussian government, which commissioned the construction of 600 engines. Together with the important Prussian order, Auspitzer announced its intention to sell the company, for health reasons. Popp decided to take over the company and to progress the production of aircraft engine designed by Friz.

In order to emphasize the technological breakthrough of Motorenwerke Rapp, who did not enjoy too much prestige, Popp decided to change its name to Bayerische Motoren Werke GmbH and adopt the new corporate symbol, consisting of white circular field containing an airplane propeller stylized, dominated by the acronym BMW. They adopted the Bavarian national colors white, blue and gold.

At the end of World War I in 1919 are a lot of changes designed to change the history of BMW. The Kingdom of Bavaria is blended with the Weimar Republic, which is forbidden to build aircraft and inducing new industries to find.

For this purpose, and to maintain the machinery and technical knowledge acquired, Popp decided to direct the production of the BMW motorcycle and marine sectors, Friz entrusting the design of an engine and three-wheeler for boat and foreman Martin Stolle making a engine for a motorcycle.

Since 1929 BMW produces cars under its own brand, initially on the basis of the Austin Seven cars, including BMW acquisicce English brand of the production license. Then the range shifts to a higher score with the creation of models like the BMW 320 and 326. During the Second World War is strongly committed to the war effort as much of German companies. In that period, such as the production of one of the most classic Sidecars history, the R75.