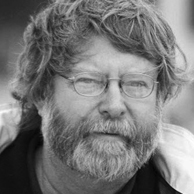 Doug Peterson (Douglas Blair Peterson) is an American designer of yachts sailing.
The project that made him famous is Ganbare, a One Tonner designed in 1973 and like many other projects by Peterson has paved the way for many innovations in the design of racing and cruising sailboats.

In the mid-1970s, Peterson's designs dominated the race fields with a series of winning IOR boats.
Peterson 44, designed for Jack Kelly Yachts, debuted in 1976. This boat was a pioneer in the design of performance cruising yachts and you can still see many of the over 200 ports built around the world.

The project was followed by Kelly Peterson 46 of which 30 built, the hull number 30, the last built, currently circumnavigates the globe. The Liberty 458 and the Delta 46 were also based on this design.

Formosa 46, or "cheaterson", is an enlarged copy of Kelly Peterson 44, and is referred to as a cheaterson by the yachting community because Doug Peterson has not received any copyright for design.

In the early 1980s, Hans Christian Yachts commissioned him to design the Christina 48 and 52 models.

Later, Peterson enters the America's Cup circus as a key design member of the winning design teams: in 1992 the NZL 32 Black Magic team in New Zealand and in 2000 with the Prada Challenge, the Louis Vuitton Cup winning boat.

Doug Peterson is included in the America's Cup Hall of Fame as one of the designers of Team New Zealand's revolutionary Black Magic,

Doug Peterson has signed projects for Jongert, Baltic Yachts, Grand Soleil, Solaris and together with J & J for Bavaria.