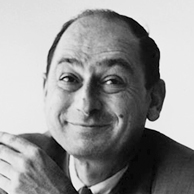 George Nelson (1908-1986) was, with Charles & Ray Eames, one of the founding fathers of American modernism. We like to think of George Nelson as "The creator of beautiful things and practical." George Nelson was born in Hartford, Connecticut, in New York City in 1908.Morì 1986.George Nelson studied Architecture at Yale University, where he graduated in 1928. He also received a degree in fine arts in 1931. A year later, while preparing for the Paris Prize competition he won the Rome Prize. With Eliot Noyes, Charles Eames and Walter B. Ford.George Nelson was part of a generation of architects that found too few projects and turned successfully toward product, graphic and interior design.