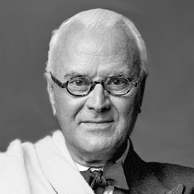 In 1983 Manolo Blahnik expands his influence in New York. A shop opens on 54th Street. With the help of her friend Anna Wintour, she quickly became the reference shoe designer for the catwalks, creating collections for, among others, Izaac Mizrahi, Oscar de la Renta and Calvin Klein.

In 1990, he won the CFDA award and the British Fashion Council Accessory Designer of the Year. Her regal designs were featured on the big screen in Sofia Coppola's Marie Antoinette, which won the Oscar for Best Costumes in 2007. The same year, Her Majesty Queen Elizabeth II bestowed Manolo with the title of Commander of the Order of the British Empire (CBE) for his contribution to British fashion.

Over his long career, over several decades, Manolo Blahnik has always remained very creative and original. In 2015 he published Fleeting Gestures and Obsessions, a transcript of conversations with other icons such as Pedro Almodóvar and Sofia Coppola about his precious influences in art, design and literature, along with selected photos from his archive of over 30,000 drawings.

In 2017, a documentary of his life, MANOLO: The Boy Who Made Shoes for Lizards, directed by Michael Roberts, was released in theaters around the world and on Netflix. A two-year traveling exhibition of his work titled The Art of Shoes comes to its final stop at the BATA Shoe Museum in Toronto, Canada.

Manolo Blahnik has always worked at the same pace. If he doesn't draw in his office in Marylebone or his home in Bath, he can be found in factories in Italy, developing samples by hand, dressed in his signature white lab coat with a silk handkerchief tucked into his jacket pocket, lively and meticulous in everything he does and in everything he is.