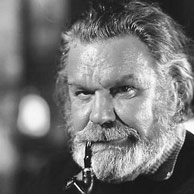 Tapio Wirkkala was born in Hangö, Finland, June 2, 1915. He attended school in Helsinki Töölö. He has two brothers, Tauno and Helena and how they are passionate about the arts thanks to his father and mother: Ilmari, cemetery architect and Selma, carver of wood. After six years of secondary school, he enrolled at the school Tapio Wirkkala Taideteollinen Keskuskoulu of Applied Arts in Helsinki.

In 1933, specializes in decorative sculpture. The colleague Birger Kaipiainen, potter, presents Tapio Rut Bryk who became his wife in 1945.

The range of his projects and production is immense, ranging in different areas such as the design of glassware and stoneware, jewelry design and furniture for mass production, as well as individual sculptures and other projects for different media .

After the war Wirkkala worked in an advertising agency and participate in design competitions such as the company Iittala, for which he started working in 1946. This cooperation will last for the next 30 years.

Among the creations for Ittala we can cite Madonna and Child and Bell (1951), the vessel Kantarelli (or Chanterelle, 1946), the cups and Jäävuori Jääpala, and the line Ultima Thule (set of glasses from the kitchen), created in 1968 to the expo in Montreal and used in aircraft Finnair's Helsinki-New York, opened in 1969.

Wirkkala participated in and won several competitions: in 1947, draws some banknotes issued by the Bank of Finland, and outstanding until the eighties, and carries the stamp for the Olympic Games in Helsinki in 1952. Famous is also the sheet of plywood, which was created in 1951 and used for the exhibition U.S. Design in Scandinavia in 1954, and the series of sculptures Paadarin JAA for which he won the Milan Triennale in 1960. Wirkkala creates the bottle of Finlandia Vodka (1970-2000).

For the realization of the series of glasses Ultima Thule and for the bottle Finland Vodka invents a particular effect of the surface with a look "ice dripping" for which have been employed thousands of hours of work to develop the technique of blowing glass capable of produce the desired result.

Wirkkala's works are on display at MoMA in New York and the Centre Georges Pompidou in Paris.

In 2003 he created a foundation dedicated to Tapio Wirkkala Rut Bryk and his wife with the aim of maintaining the collection and promote Finnish design.

VIDEO:
The World of Tapio Wirkkala