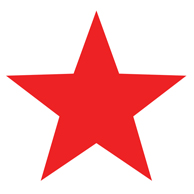 The Star is a fixed keel sailboat, designed by the American Francis Sweisguth in 1911, with two crew members.

Many famous sailors have dedicated part of their career to this boat, among them: Agostino Straulino, Buddy Melges, Jean Peytel, Dennis Conner, Torben Grael, Mark Reynolds, Paul Cayard, Lovell North (founder of North Sails and winner of five titles iridati) and Enrico Chieffi were the protagonists of the class on regatta courses all over the world.

At the beginning of 1906, George Corry commissioned his friend William Gardner to design a keel-sized boat that, in addition to providing good performance, had an affordable price and was easily replicated.

Not at all fascinated by the new challenge Gardner accepts the assignment and entrusting the development of the project to the young designer Curtis Mabry, recently employed in his studio. The young designer presents the final drawings in clear anticipation of the time allowed.
Gardner and Corry, after carefully evaluating the ideas expressed by Mabry, decide to move on to the realization of the first hull, launching it on the market at a very advantageous price.

The boat, named Bug, makes its regatta debut on Long Island in the spring of 1907, imposing itself on the attention of the enthusiasts thanks to the aggressiveness of the lines and the remarkable performances.
In the following three years several dozen units are sold, but the commercial success is overshadowed by the controversy of judging the Bug too "small", "uncomfortable" and too "wet".

At the beginning of 1910, Corry decided to turn to Gardner again asking for a new boat. The architect, too busy with more important works (some of the most famous J-Class have his signature), entrusts the project to his collaborator Francis Sweisguth who, inspired by the previous Bug, changes the size of the hull and the sail plan.

Within a few months the new boat, still unnamed, goes into production at Richard Green's shipyard in Massachusetts and at the Isaac Smith plant in Port Washington in the State of New York. The first twenty boats are sold to members of the Nahant Dory Club (for $ 260 each), so it is thought to give it the name of Nahant Bug but Corry claims it is called Big Bug.
Stuyvesant Wainwright, representative of the American Yacht Club, resolves the situation by suggesting the name Star. The proposal seems to everyone appropriate also because the red star has already been adopted by the first shipowners as a class symbol.

In 1911, the Harlem Yacht Club organizes the first race reserved exclusively for the Star. The victory goes to the hull number 17 "Little Dipper", conducted among the buoys by George Corry.

The Star sail plan remains unchanged for about ten years until, at the beginning of 1921, the first Star equipped with a short Marconi rig (not obligatory) was seen, a solution in use on all racing boats produced overseas at those times. Sweisguth's drastic choice is influenced by the first aerodynamic studies carried out by the nascent America's Cup consortia, whose protagonists are almost all Star owners, and the opening of the first sailboats.

In addition to the modification of the arm, it is necessary to set precise limits that allow ax masters from all over the world to create almost identical boats (the age of molds and fiberglass was still far from coming). Towards the end of 1929, a technical committee was set up chaired by Earnest Ratsey and Larry Bainbridge, charged with finding a solution to the sail plan problem and writing the class rules. The work of the committee, which also included Prescott Wilson and Frank Robinson, quickly reaches its conclusion, still in force today.

It is decided to adopt the classic rig and the maximum and minimum dimensions of the hull, the lengths of mast and boom, the surface of the sails are fixed in a rigid way. The data so detailed in the new regulation allowed everyone to build a Star, leaving the helmsmen the chance to "move" within well-defined limits. To remain free of all rules, in addition to the various ways of armament, are the diameters of the antennas.

This choice is due to the excessive rigidity of the trees of that time and is taken in the knowledge that someone would soon be able to make them flexible, reducing their own diameters. The winner of this race against time was Walter Von Hutscler who in 1936 surprised the world of sailing by appearing on the race course with an extremely tapered wooden mast, destined to become the father of the current aluminum masts. After spending several months experimenting with the invention aboard the Star "Pimm", the German sailor concretized the advantages by winning the 1938 and 1939 World Championships.

In 1970, upon Sweisguth's death, the Star was in the midst of a technological revolution that obliges the leaders of the Class to put their hand to the regulation.
In 1965 the first stratified fiberglass hulls were introduced to the market, whose construction specifications (and the related limitations) were set by Willis Longyear quite freely. The only obligation on the part of the builders was to get the work plans approved by the Class Association.

This simple trick allowed (and still allows today) the yards to use their own production techniques and their own distinctive signs during the Star-making phase. Moreover, the continuous "suggestions" by the manufacturers have helped the Class to make the most of the new technologies: just think that it was Star that was one of the first boats to be stratified with epoxy resins, more reliable and with mechanical characteristics decidedly higher than the classic polyester resins.
Finally, in 1971, the first aluminum trees made their appearance.

Any other class would never have survived such changes, but the foresight of its protagonists and the incredible desire to remain eternally young helped the Star in a decisive way even in that delicate moment of transition, while writing a fundamental page of her history.

The Olympic debut of the Star dates back to the Los Angeles Games of 1932. On that occasion the Americans Gilbert Gray and Andrew Lebanon prevailed in front of the crews coming from England and Sweden.

Since then the Star has been the protagonist of all the editions of the Games with the exception of those held in Montreal in 1976 when, considered obsolete, it was replaced by the Tempest.
The Star promptly resumed its place among the Olympic classes starting with the next edition of the 1980 Moscow Games.