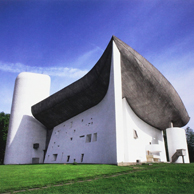 The Modern Movement develops between the two world wars as a collection of cutting-edge theories and experiences aimed at renewal of the characters, the design and principles of architecture, urbanism and design.

As architects who were protagonists improntarono their projects to new criteria of functionality and aesthetic concepts. The movement was identified at the time of its greatest expression in the twenties and thirties of the twentieth century.

A decisive impetus to the movement was given by CIAM - International Congresses of Modern Architecture (Congrès Internationaux d'Architecture Moderne), promoted by Le Corbusier, where many of the theories are developed and then applied the principles in the various disciplines.

Belong to the movement De Stijl, Bauhaus, Constructivism, the Italian Rationalism, in 1936 coined the term International Style in the U.S., with whom he is often called the whole movement.

In architecture, it requires the abandonment of historical styles, eclecticism and classicism in favor of a design language capable of exploiting the technological potential of new materials such as glass and steel, combining simplicity and functionality in processing forms and creating of the spaces.