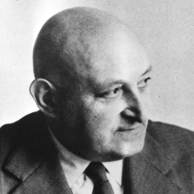 Corradino D'Ascanio, still a teenager, aged just fifteen years, is passionate on the fly, and after observing the flight of birds designs and builds a glider on which it is making its first short flights.

He studied at the Polytechnic of Turin where he graduated in mechanical engineering in 1914, then volunteered nell'Arma of Engineers.

In 1916 he enters in the technical office of the building society Pomilio, with which then moved to the U.S. for a year.

In 1925 he founded a company with the Baron Pietro Trojani, with whom he made his helicopter.
The third prototype, D'AT3, commissioned by the Ministry of Aviation, in October of 1930 winning three firsts in height, distance and duration in the air and remain unbeaten for some years, but gets no production orders.

In 1932 he was hired as an expert by Piaggio propellers, first as a consultant and on a permanent basis.

In 1939 D'Ascanio, Piaggio allows the construction of other helicopters, such as PD1, PD2 completed in 1943, when it was destroyed in the bombing of the Piaggio factory in Pontedera.

At the end of the war (1945) D'Ascanio designed out at the request of Enrico Piaggio, a scooter that gets a huge success: it will become the symbol of postwar reconstruction: the Vespa, vehicle simple and economical means of transportation intended for the average Italian family have different trends and developments in its remarkable longevity and becoming a symbol of certain ages.

The Vespa was an immediate success and in 1956, ten years after first production, is reached one million vehicles produced.

D'Ascanio, in his long life he had many awards and honors, such as Knight Grand Cross granted by the President of the Republic or the qualifications of various aviation associations.

Author of numerous scientific publications, published between 1954 and 1980, was professor of drawing machines and projects at the University of Pisa between 1937 and 1961.