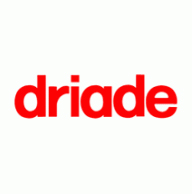 Driade was born in 1968 on the initiative of Enrico Astori, his sister Antonia Astori (designer) and his wife Adelaide Acerbi (image and communication).
The company immediately established itself for the quality of the original proposal and the innovative industrial policy which considers three aspects of the project: the idea of a program, its implementation, its communication.

Driade designs and produces designer furniture and furnishings as designer objects according to the logic of collecting, to develop as an "author's factory" and as an ever-evolving aesthetic laboratory.

In 1968 Driade made its debut with Driade1, designed by Antonia Astori, a "wardrobe and wall" capable of defining and organizing the space which in 1972 was transformed into a partition wall with Oikos.

In 1982 Driade develops its communication with publishing initiatives, graphics, event design. The following year, the first furniture manual was published, distributed in newsstands.

Adelaide Acerbi's graphics characterize the company's changes, from the minimalist rigor of the seventies to the changing complexity of recent years.

Driade meets Italian photography with Mulas, Ballo and Basilico who offer their contribution to define the image as a distinctive sign of products and companies.

In the 1980s Driade opens up to international collaborations with Philippe Starck who since 1984 with the Costes armchair began research in the field of form.
Subsequently Driade collaborates with Tusquets, Clotet, Littmann, Ron Arad, Sipek, Toyo Ito, Chipperfield, Sejima, Pawson, Bellini.

At the end of the 1980s Driade develops a collection of objects by Borek Sipek, a Bohemian artist who creates blown glass, silver and precious woods in a neo-baroque style.

In 1994 the showroom in Via Manzoni in Milan was inaugurated, a set of large rooms, frescoed rooms and galleries on the ground floor of the ancient Gallarati Scotti palace. Visitors are welcomed by the Driade catalog with furniture, kitchens, accessories, art and everyday objects.

In the mid-90s Driadestore was born, a collection of furniture and objects designed for the young audience, where Miki Astori, Platt E Young, Haberli, Grcic and many others interact with the great masters, Philippe Starck above all.

The contribution of the Japanese Tokujin Yoshioka, since 2002, confirms that the experimentation of new forms and new housing solutions continues to be the vital soul of the company.

In 2003, for the 35th anniversary, Driade, during the Salone del Mobile di Milano, organized the Clouds exhibition at the Rotonda della Besana in Milan, with the exhibition of 65 historical pieces.

In 2007 the Starckland event celebrates the long collaboration with Philippe Starck.

In 2008 Driade received the Compasso d’oro for the mt3 rocking chair, designed by Ron Arad, the third after those awarded for the Delfina chair (1979) and the Legato table (2001), designed by Enzo Mari.

In 2015 Driade opens the boutique on three levels with open and bright spaces in via Borgogna, in the center of Milan, where iconic pieces and novelties are exhibited.