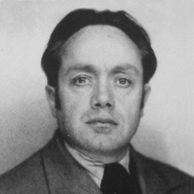 Flaminio Bertoni was born in Masnago (Varese) January 10, 1903, was an Italian sculptor and designer. Among the major car designers of all time it is almost unknown in Italy having carried out its activities mainly abroad, in France.

Spirit of the artist, has a passion for painting and sculpture, admiring in particular the work of Leonardo da Vinci and Michelangelo.

In 1918 he enters as an apprentice, in Carrozzeria Macchi. Five years later, some French engineers visiting the Macchi, noted the creativity of the young designer, invite him to gain experience in France.

France in those years is the center of automotive research, where new ideas that led to the creation of the modern automobile.
Bertoni, is presented to André Citroën with its own patent for pneumatic lifting of car glass and is immediately hired.

Back in Varese, where he opened a design studio. Too much in advance of the era of Italian entrepreneurship ideas, he decides to return to Paris, in 1931, to never to return to Italy.

After a brief stint in the Société Industrielle de Carrosserie, back to Citroën, finding the right man to be in place and the right time.
He was commissioned the study of form for "Citroën Traction Avant" for which he created, for the first time in automotive history, the model three-dimensional scale, thanks to his background as a sculptor. Following signing some of the most important models of Citroën brand until 1964, including the "2CV" and "DS".

The events and consequences of World War II is often clashed with the unpredictability and nothing docile Bertoni character. In 1940 he was arrested for refusing to sign an act of allegiance to France, in recanting of his homeland. In 1944 he was again arrested on charges of having contributed to the Citroën operation during the war period.

In 1961 he was appointed a Knight of Arts and Letters by the writer André Malraux, then Minister of Culture in the Government of De Gaulle.