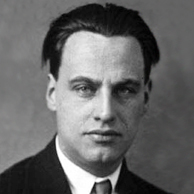 Mart Stam (Martinus Adrianus Stam), Dutch architect, designer and urban planner, was born in Purmerend, the Netherlands in 1899, to a progressive family. A leading figure of the Modern Movement and urban planning theories, he is one of the most important contemporary architects, a pioneer of modern furniture design.

After completing his studies in Amsterdam, he began working in architecture studies before moving to Berlin in Germany in 1922.

After working with the German architects Hans Poelzig and Max Taut, he moved to Zurich where, together with Hans Schmidt, Alfred Roth and El Lissitzky, leading exponent of the Russian Avant-garde, he founded the ABC group, which was echoed by the homonymous ABC Beitrage zum Bauen magazine that praised a rigorous functionalism and took inspiration from the Soviet proclamations of the 1920s.
In Switzerland where he works in Karl Moser's studio.

In 1926 he declined the offer of Walter Gropius to join the Bauhaus school and shortly thereafter began working on the project of the Van Nelle Factory, in Rotterdam, a coffee and tea factory, a "manifest work" of a new functionalist trend in the Modern movement. Still considered among the best examples of industrial architecture of the early modernism, it has recently been renovated.

Also in 1926, Stam developed the Cantilever chair, also called cantilever or cantilever chair (without rear legs). The innovative seat, built by working with folded steel gas pipes, without rear legs, is functional, light and easy to handle. Produced by the German company Thonet and considered an important example of 20th century design.

In the following years he moved back to Germany and, called by Mies van der Rohe, participated in the famous exhibition "Die Wohnung" of 1927 organized by the Deutscher Werkbund in the Weissenhof district of Stuttgart.
Once the group of architects of the Bauhaus was known, Mart Stam became a guest lecturer in the renowned Bauhaus school in Dessau, where he taught Elementary Theory of Construction and Urban Planning from 1928 to 1930.

Since 1928 Stam has been an honorary member of the Bauhaus, to which he makes a significant artistic contribution in the field of furniture design. He teaches at the Bauhaus school and is the founder of CIAM (International Congress of Modern Architecture, 1928-1959).

However, Stam's interest is more directed towards the design of residential buildings (famous row houses in the Weissenhof district in Stuttgart) and urban planning of cities. In this field, from 1930 to 1934, he worked in Russia, Rotterdam and for the rebuilding of Dresden after the Second World War. He returned to Amsterdam where he worked as an architect until 1948.

Stam, despite being one of the key personalities for the evolution of contemporary design, his name appears less than his colleagues in the same years as Le Curbusier, Gropius or Mies van der Rohe. Partly because of his career, less prolific from a design point of view and more focused on teaching, partly because of his grumpy character and his positions, political and aesthetic, considered extremist.

In 1939 he took over the direction of the Amsterdam School of Artistic Crafts; in 1950 he became director of the Higher Institute of Applied Arts in Berlin-Weissensee.

In 1953 he returned to Amsterdam and then, with his second wife Olga Heller, emigrated to Switzerland in 1977 where he retired from public life.