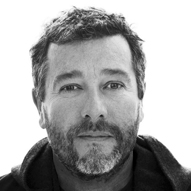 One of the most important designers since the end of the 20th century, he is considered in France as one of the pioneers of democratic design. It has known international fame since the 1980s.

In 1969, while studying at the Notre Dame of Saint Croix in Neully, he created an inflatable structures company financed by the French actor Lino Ventura. Shortly afterwards Pierre Cardin offers him the position of artistic director of his publishing house.

In 1970 he designed the Easy Light lighting system, the first of his creations to be produced. In 1981, the meeting with Jean-Louis Costes, allowed Starck to conceive, three years later, the renovation of the famous Café Costes, in Place des Innocents, in the first district of Paris.

Brilliant self-taught, he creates French design (before him there are no big names in the sector), he said about himself and his training: "my father was an inventor, he designed airplanes and the only legacy he left me was not a large sum of money, as is generally the case with aviation - for me it was the opposite - but it left me with the idea that one of the most beautiful jobs you can do is a creative job. With creation you can make a inner research and working on oneself. And by creating airplanes, he taught me some precious things: to make a plane fly you have to create it, but to keep it from falling you have to be rigorous".

He founded his first industrial design agency, Starck Product, which he renamed Ubik in reference to the novel by Philip K. Dick, and began his collaborations with Italian companies such as Driade, Alessi, Kartell and the Austrian Drimmer, the Swiss Vitra, or the Spanish Disform.

Starck's design concept was to produce products that would be sold at affordable prices in major retail outlets. Rejecting design simply for beauty or as a symbol of wealth, Starck hopes his work will improve people's lives by adding an element of humor and surprise to everyday actions such as brushing teeth or cooking.

Through this vision of "democratic design", Starck claims to campaign for a design that is not meant exclusively for an elite.
"The popular is elegant, the rare is vulgar," he says. The designer says he tries to implement this utopian idea by increasing the quantities produced to reduce costs and using the mail order channel, with the Suisse.

In 2002 he pursued this vision through a collaboration with the American brand Target around the “design for all”. It produces about sixty objects with the aim of reinventing everyday objects at the right price.

Showing a desire to design for everyone, Philippe Starck develops quality furniture at lower cost, including the Louis Ghost chair by Kartell (2000), which has sold over one million pieces. The Louis Ghost chair is also part of his work on dematerialization. Less material for more intelligence, he thus developed furniture in plastic or steel from the W.W. Stool (1990, Vitra) to the Masters chairs for Kartell (2007) and Pip-e, Driade (2008).

From Fluocaril toothbrushes to bathroom components (for Duravit, Hansgrohe, Hoesch, Axor), including Juicy Salif juicer by Alessi, Zikmu speakers and Zik headphones by Parrot, Laguiole knives, the latest of which is Log, the Freebox Revolution, the luxurious Marie Coquine lamp from Baccarat or the Starck Desktop hard drive from LaCie, or the Navigo card which she gracefully designed in 2011.

Starck designs the cauldron and Olympic flame for the 1992 Winter Olympics in Albertville, as well as the Histoire de Paris panels (sometimes called "Starck shovels" or Starck lollipops) installed in 1992 under Jacques' last municipal mandate. Chirac.

He has won important awards such as the Grand Prix National de la Création Industrielle (1988) and the Honor Award of the American Institute of Architetcts in 1992, the Paramount Hotel in New York. He holds an important educational activity.

In 2000, redraws the entire collection of Emeco, the American company considered an American classic, which produces the legendary Navy chair, the hand-finished aluminum chair designed for the U.S. Navy that is found in Hollywood movies, in bars in New York, in the villas of Frank Gehry.