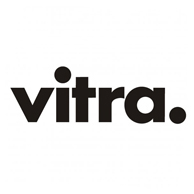 Vitra is a Swiss company (originally German) that produces furniture and design furniture. Known to produce the works of important  international designers andarchitects.

The headquarters are based in Weil am Rhein, Germany, where the famous Vitra Design Museum is based.

Vitra is founded in Weil am Rhein in Germany in 1950 by Willi Fehlbaum, owner of a furniture store in nearby Basel in Switzerland. In the following years, Fehlbaum acquires the rights to the works of Charles and Ray Eames and George Nelson.

After a fire destroyed the Vitra plants in 1981, the British architect Nicholas Grimshaw was called to design a new factory. Next to the aluminum hall, ready for production only six months after the fire, another production plant was built in 1986 by the portuguese architect Alvaro Siza.

In 1989 it was Frank Gehry's turn to design another building near the first two.
or even Gehry also builds the "Vitra Design Museum", originally intended to house the private furniture collection of Rolf Fehlbaum, owner of Vitra.

In 1993 the Iraqi architect Zaha Hadid added a firehouse that now houses the Design Museum's collection of chairs.
In the same year a conference pavilion was built, designed by the Japanese architect Tadao Ando, first work outside of Japan.

In 1994 the administrative staff Vitra moved the administrative activity in the new headquarters (again designed by Frank Gehry) in nearby Birsfelden, Switzerland, while Alvaro Siza added the shop building to the Weil am Rhein site.

In 2000, the American architect Buckminster Fuller built a "sixties" geodesic dome, used as a congress hall, while in 2003 a service station was built from a project by Jean Prouvé, a French designer.

There are countless products made by Vitra, among which many are true icons of the history of design and design. As mentioned many are produced following the acquisition of rights by Vitra of famous products originally produced by other companies.

In addition to the production and marketing of its products, Vitra carries out an activity to promote and disseminate the themes related to design by organizing monographic and thematic exhibitions at its Vitra Design Museum.