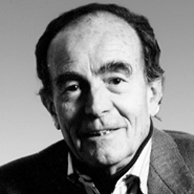 Born October 6, 1920 in Milan, Vico Magistretti, graduated in architecture from Milan Polytechnic in 1945. A student of Ernesto Nathan Rogers has also studied at the "College Italien Champ de Lausanne".

The work and research of Vico Magistretti attraversno have the history of Italian design, which is one of the undisputed fathers.

Besides being an architect and designer, Vico Magistretti is known to be one of the most successful planners in Italy.

In 1956 he was among the founders of ADI, the Industrial Design Association. Become a member of CIAM in 1958.

He has participated in exhibitions and conferences held in Europe, America and Japan. His design works are in the permanent collections of MOMA in New York and 13 other American and European museums. Among his works of architecture in Milan, the church at QT8, the Tower by way of Oak Park, the Tower of Aquileia yard, the house in Via S. Marco, the site of the State University Department of Biology, villas Azzate, Arenzano, Carimate, the Municipality of Cusano Milanino, a house in Tokyo, the Center Cavagnari Savings Bank of Parma; Tecnocentro Savings Bank of Bologna Station Underground storage of Milan.

"In design, what matters is the concept expressed by a sketch." From a sketch to form: Vico Magistretti has never made technical drawings, but sketches that express the idea. Convinced that certain pieces are conceptually simple that they can be communicated by phone.

Sketches, drawn at random times on the back of an envelope, on the page of a newspaper, the Metro ticket.
His way of doing so brings him to talk with engineers and producers, in a debate and an exchange of ideas on the implementation of the product: "Design means talking together.

"In the field of Industrial Design has collaborated with many companies including Artemide, Cassina, De Padova, Soft, FontanaArte, Fredericia, Fritz Hansen, Camping, Kartell, O-Luce, Schiffini, Olivari for whom he designed some of the products most important of the series production of Italian industrial design: chairs, lamps, tables, beds, kitchens, wardrobes, bookcases. Almost all still in production.